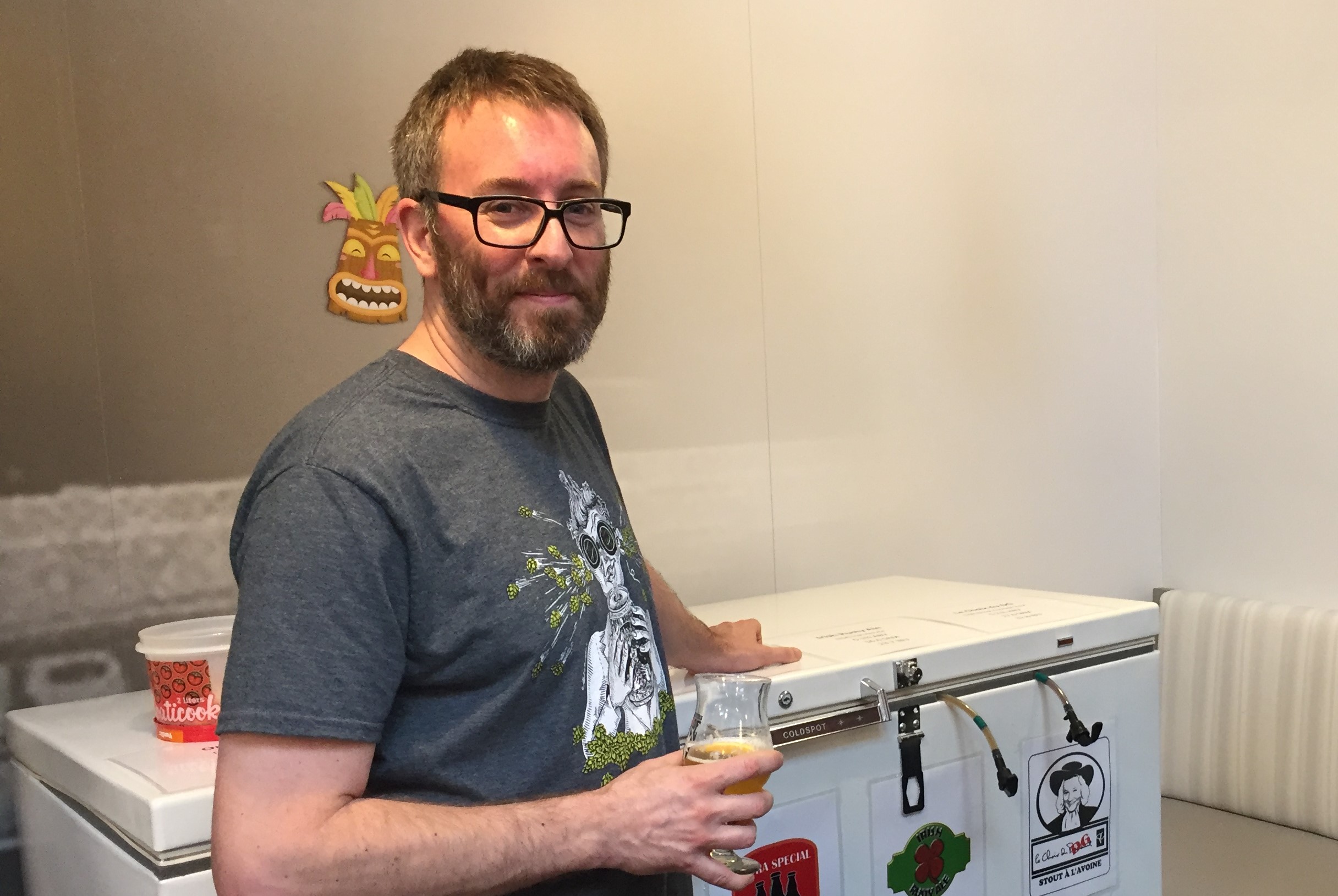 Where did my interest in beer come from?

At Paco, employees certainly excel at work, but some of them also have true passions.

Here is the story of Eric who was asked to tell us about his passion for beer.

Where did my interest in beer come from?

When I was a young adult and the first microbreweries started popping up around the mid-90s, I quickly transitioned from regular commercial beer, to hard-to-find imported beer, to micro brewed beer. I remember all the discoveries I made during college in St-Hyacinthe (Le Bilboquet, permit #AB006 – 1994), then throughout my mechanical engineering degree in Sherbrooke (Le Lion d’Or #BR009 – 1986), with my friends in the big city (Le Cheval Blanc #AB001 – 1987, Dieu Du Ciel #AB016 – 1998), and while vacationing in northern Quebec (La Diable #AB009 – 1995), etc… All of these places have license numbers that date back to the early days of Quebec microbreweries.

But it was only when I moved to Chambly that my passion really took off. Being around Nicolas (Bedondaine and Bedons ronds #AB028 – 2005) made me even more curious, but I still lacked the courage to start brewing on my own. I worked for Bedon at festivals, where I chatted with beer fans like myself and learned from emerging brewers in the space – like Francis, who started Pit Caribou and currently has a project in the works with Brett & Savage – just how bold and creative you can be. That a simple blend of 4 ingredients mixed together (water, grains, hops, yeast) is the foundation for infinite options. And if you push things even a little further, you can add unique and tasty ingredients that spoil the taste buds.

After completing a Gala project in Winnipeg where I met Guillaume, craft beer became an inevitability for me. One weeknight about 10 years ago, I spontaneously asked Guillaume if he needed help brewing an all-grain beer. A Sierra Nevada clone was my gateway, and I could no longer ignore the call – I was getting equipment and trying it out!

A mix of self-teaching, curiosity, knowledgeable friends, and a weekend of training with a master brewer led me to become the passionate brewer I am today!

Did you know that the oldest beer recipes in the world were discovered by accident, dating back to 4,000 B.C. in Mesopotamia? That in the 12th century, hops – an antibacterial plant – was used for the first time and went on to become the key to modern beer? That farmers without access to water drank beer instead? Even the history of this incredible beverage fascinates me to no end.